BELLEVILLE, ILL. (October 9, 2019) – With a significant forecast of impending rain set to hit the area, track and series officials have made the call to switch the POWRi National Midgets and POWRi Outlaw Micros “Charlene Meents Memorial” at Belle-Clair Speedway from the originally scheduled Friday date and pushed it back to now race on Sunday evening.

“We’ve been watching the weather all week and with as much rain as we have coming, this feels like the best decision for us,” said Kenny Brown. “  The season is almost over and the championship battles are on the line, we want to give everybody a fair shot at their titles and wins. Especially as much as Mother Nature stole races from us early in the year, we want to make that up as much as we can.”

Switching to Sunday evening, the 15th annual Charlene Meents Memorial presented by Priority Aviation will feature an early start time at Belle-Clair Speedway.  The pits will be open all day with driver registration from 2:30pm to 4:30pm followed by the drivers meeting at 4:45pm and hot laps on track at 5:00pm.

Spectator gates will open at 4:00pm, hot laps at 5:00pm with racing following hot laps.  General Admission is $20.00 Kids (under 12) FREE with adult.  For more Information, go to www.belleclairspeedway.com. 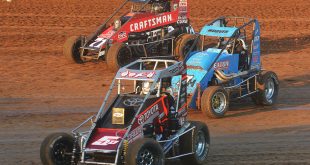 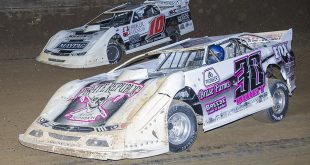 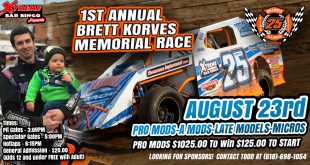 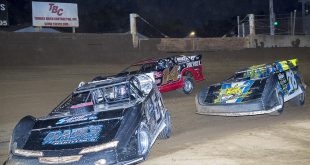 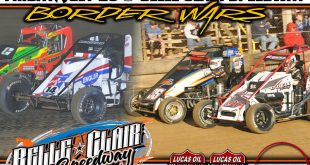